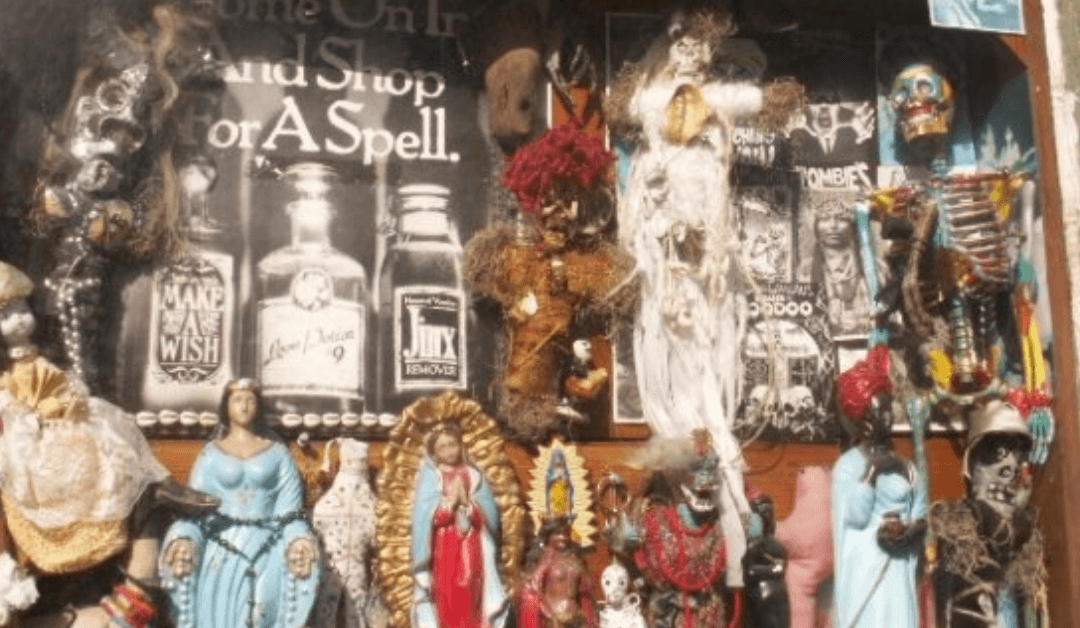 Whether for research or gaining a new spiritual perspective for yourself, it can be confusing trying to remember what certain religions practice and preach. You may have been raised in a certain belief system and are now trying to search for “spiritual shops near me” to try and gain a better understanding of the religions of the world. Two popular beliefs, Pagan and Christian, have some unique, major differences but may be good starting points for your journey. If your search is in Miami, Florida, let Luna Bohemia assist you. A metaphysical and Pagan store, we cater to all faiths and religions, offering classes on witchcraft, astrology and more.

The Basics Of Each Religion

The one major difference between Christianity and pagan religions is the number of deities they believe in. Christianity believes in the one and only true God, and upon their deaths, they will ascend to heaven. If your faith believes in a different God, or many other deities, then you are “wrong” in a sense of the word and will then descend into hell once you have passed, as your belief was not in the one true God. This line of thinking also aligns most Christians with wanting to “save” people and their souls, wanting to convert them to their religion as they feel this is the right belief system, and are helping to save you.

In Pagan beliefs, they worship multiple Gods of potential hierarchical standing, and the Gods may vary in their power level to one another. Believing in multiple Gods is essential in Pagan beliefs, and makes it more accessible for people to choose which Gods they will align with in their religious practice. There is no right or wrong choice, only what speaks to you in terms of which God(s) will provide for your needs. This Pagan worldview also allows for religious syncretism, which is the blending of two or more religious beliefs into one system. This belief system lets you adopt and incorporate all kinds of Gods, beliefs, and practices without any of them being considered “wrong” or “sinful”. There is no need for Pagans to try to convert anyone to their belief system as it can vary from person to person, and there’s no one true right way of practicing Paganism.

Another difference between these two religions is their core beliefs in practice. Christianity’s main aspect in this regard is faith: faith in their God, faith in their religion, faith in their actions and reactions. And if you do sin, you can be forgiven as long as you hold enough faith in the one true God. Paganism’s main aspect is in their actions: performing rituals and festivals to celebrate their Gods is more important than your faith in the Gods. What you do in life better determines your place in the afterlife than whatever kind of faith you put into your life. And while Christianity focuses on humility, meekness, and peace for a better world, not emphasizing physical strength or a warrior type, Paganism doesn’t “turn the other cheek” and almost always includes a God of war in their belief system. Pagans don’t condone violence by any means, but are also more aware of a warrior’s archetype and its powerful capabilities in the human world. Having both mental and physical strength helps you prepare for what lies ahead. Your physical body is not deemed sinful or should be ignored like in Christian worldviews, and Pagans fully embrace what the body is capable of as it’s an integral part of their spiritual practices.

The afterlife is a fully embraced and celebrated passage of time in Christianity, where your sins are absolved and the good life you lead takes you to heaven for an eternity of happiness. A lot of Christian religions focus on death, resurrection and being a martyr for the good of the religion, in the name of God. Pagans don’t focus as much on the afterlife as they do on the present life that’s being lived. They celebrate life and fertility, both of humans and of the land. Pagans want the legacy of your life to live on through retelling and remembrance from your descendents and the community, through which that becomes your eternal legacy.

Although it’s easy enough to search for “spiritual shops near me” and get books explaining religions, sometimes the best research is done by your hand completely, not just through comprehension but within your own belief system. Although Christianity believes in the one true God, Paganism can technically incorporate Christian values as you choose which deities to apply your faith. Reading and believing are two completely different things, so also lean toward what your intuition is telling you to follow; let the journey come natural and you won’t be disappointed.

Ready to continue exploring different faiths? Our Miami metaphysical and pagan store, Luna Bohemia, offers a wide range of spiritual research, as well as crystals, incense, candles, spiritual statues, herbs and apothecary. Don’t bother with looking for spiritual shops near me, stop by our store today!