Grimoire vs. Book of Shadows – What’s the Difference? 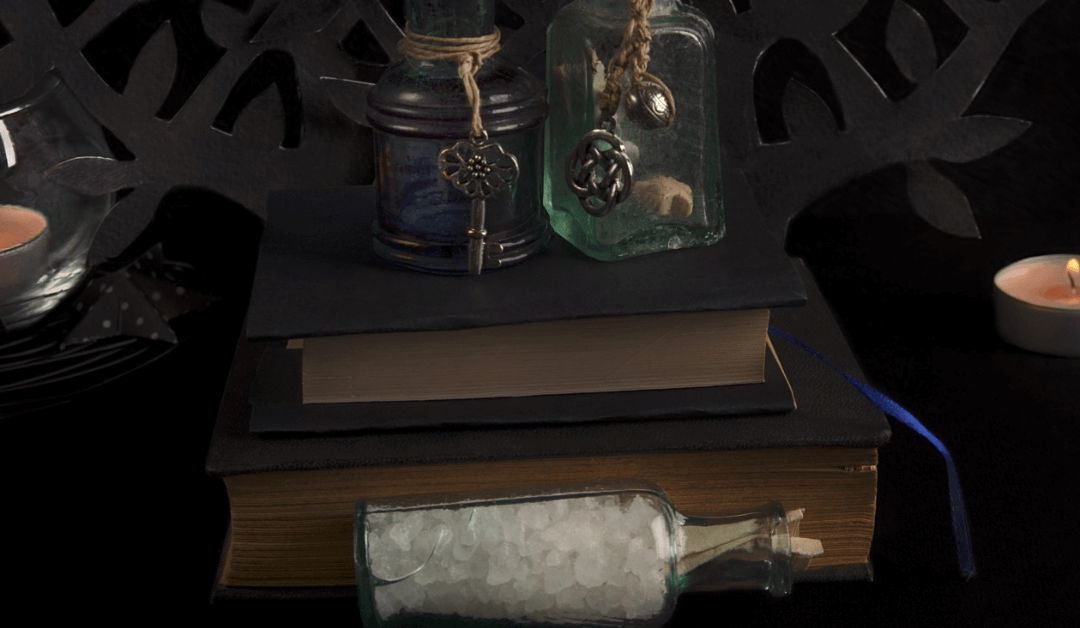 Over the years, pop culture has explored and explained witchcraft and it’s practices, but not always accurately. Witches have typically been seen as something evil or at the very least, against the grain of “normal” society. Despite it being years and years since we’ve burned people deemed witches, there is still a large stigma attached to them and oftentimes, this leads to misinformation about a lot of practices and witchcraft in general. People may get the Book of Shadows and Grimoire mixed up, but they are separate entities completely. If you’re interested and curious about witchcraft and the lore, check out Luna Bohemia Metaphysical Shop in Miami. Our spiritual store has something for every faith, including pagan, wiccan, buddhist, and many other beliefs. We also sell healing crystals, spiritual figures, herbs, candles, incense and other items.

The Book of Shadows

To understand the difference between the two, you may first need to understand what each of the books entail. The Book of Shadows contains religious text and instructions for magical rituals, typically of the Wiccan religion and in many pagan practices. The pioneer of Wiccan religion, Gerald Gardner, created the Book of Shadows in the late 1940s and early 1950s. This book was used throughout all covens, starting out with only the high priestess or priest of each coven holding the actual book itself in her or his possession. As the years went by, however, this proved fairly difficult to uphold, and thus nowadays, every witch owns a copy of the Book of Shadows.

Witches have tried to keep the contents of the book hidden, but that has proved difficult as it has been published numerous times over the years. There have been small edits and additions to Gardner’s original work throughout the years that have stayed, although there are some solitary practitioners who have edited the original themselves and follow those guidelines which they have created within the original Book of Shadows. It has been referenced in comic books, movies and TV shows such as Charmed and The Craft, but most of these references are usually out of context or may not explain the full details of the Book of Shadows.

A grimoire, on the other hand, is a textbook of magic, usually including instructions on how to create magical objects, like talismans and amulets. It also includes how to perform magical spells, charms and divination, and how to summon or invoke entities such as angels, deities, spirits and demons. The grimoire is likened to a manual or encyclopedia of sorts. It contains the basics of the ritual verbiage and instructions, spells, and potentially magical properties of various objects and items.

Over the years, a grimoire has stayed the same, but the Book of Shadows has become a sort of journal for most witches, becoming more of a personal book of magic, akin to a diary of sorts. It is much more personal of a record keeper, not only containing magical workings and rituals, but also your own personal dreams and notes. More recently the two terms have been confused and used more interchangeably due to them being very similar and in some cases, the same thing. Some witches will only have one book for both the grimoire and Book of Shadows, combining all their research and feelings, thus more than likely they use both terms when referencing their book. Most witches seem to keep separate books for each, making it easier when it comes to performing spells and rituals, as well as being able to keep your more private thoughts and dreams in a separate, potentially more secure location than your regular grimoire.

No matter if they are separated or not, a grimoire is usually a more thorough, research and information driven textbook, while the Book of Shadows is more of a journal, chronicling your own personal journey through witchcraft. If you are interested in more, a spiritual store or library has many offerings on more of the history between these two tomes.

Ready to learn more? Luna Bohemia Metaphysical Shop offers classes in witchcraft, astrology and more. Located in Miami, we also offer Tarot cards, astrology and rune readings, along with many items and accessories in our spiritual store to guide you in your journey. Stop by today!