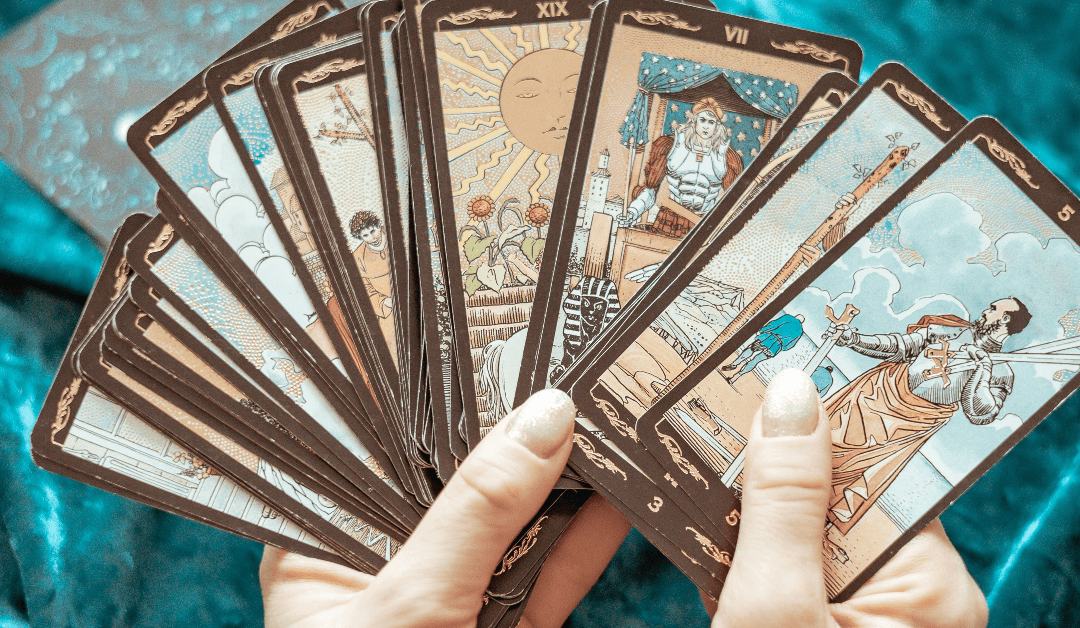 Astrology is experiencing a renaissance right now – people are starting to put more weight on the time and date of their birth, and are using this popular method of personality analysis to learn more about themselves and their potential. It’s not uncommon to see astrological signs included in social media bios, dating profiles, and even in tattoos.

Tarot is one of the most popular divination techniques used in modern metaphysical practices. Each of the 78 cards in a deck has meaning based on its placement, the cards around it, and the question that has been asked. But did you know that each astrological sign corresponds with a card from a tarot deck’s Major Arcana?

If you are an Aries, then you are bold and ambitious. You also love to dive headfirst into any challenging situation.

In tarot, The Emperor is a stoic ruler. When upright, he represents a provider and protector, a leader who commands respect. When reversed, he may indicate an imbalance of power or a bad relationship with responsibility and discipline.

Taurus: The Hierophant– April 20th to May 20th

Taurus is a sign that’s closely tied with luxury and comfort. Ruled by Venus, Taureans are relaxed and sensual; however, their needs for pleasure and money make them ambitious and tough.

The Hierophant is often seen as a religious figure; when upright, he is a teacher and source of guidance who seeks to help you find your path. When reversed, he represents the wisdom that comes from within and may encourage you to stop blindly following others.

Gemini: The Lovers – between May 21st and June 20th

Gemini, the celestial twins, is a sign known for its positive, playful vibe. It’s all about duality, making choices, and partnerships. Those born under Gemini are often incredibly busy, taking on new hobbies and friendships regularly.

It makes sense that this sign corresponds with The Lovers – this Major Arcana rules relationships, representing conscious connections in all forms. When reversed, it can signal that you’re out of sync with those around you, or simply represent self love.

Cancer: The Chariot – Between June 21st and July 22nd

As the cardinal water sign, Cancer’s primary abilities are in both material and emotional realms, and they are highly intuitive people whose psyche manifests intangible spaces.

The Chariot is connected with willpower, strength, and determination. When upright, it urges you to take action and make your goals a reality. When reversed, it may indicate that the path you’re walking is futile, or to slow down and think about your actions.

Leos are the kings and queens of the jungle. They love to embrace loyalty, and they are theatrical, vivacious, and passionate people.

Much like The Chariot, Strength is representative of willpower and determination. However, Strength is much more indicative of inner strength and spirit. When reversed, it may indicate an imbalance in your confidence.

Virgo: The Hermit – Between August 23rd and September 22nd

Virgo is an earth sign, represented historically by the goddess of agriculture and wheat. Virgo’s tend to be practical, logical, and systematic in their approach to life.

The Hermit encourages you to draw your energy inward for self-reflection – your truth is found within yourself. When reversed, he may represent too much or too little time spent in self-reflection.

Libras tend to be obsessed with symmetry, and they strive to achieve an equilibrium in their lives in all areas. Balance is key for this sign.

Justice, the card most associated with law and judgement, also values balance. Upright, it represents alignment with your higher self. Reversed, it can indicate an internal moral struggle.

This is one of the most misunderstood astrological signs because of its power and passion. Its sign is often mistaken for a fire sign due to its feistiness,  but it is a water sign that derives strength from the emotional and psychic realms.

Like the sign it represents, Death is a misunderstood figure in tarot card readings. Death is actually quite positive, representing change and cycles. When upright, it can indicate the end of a period that is no longer serving you. When reversed, it indicates that you may be resisting a valuable change.

Sagittarius is a totally unique sign – they’re brazen, dynamic, curious, and adaptable. Knowledge drives this sign, and they’ll go where others dare not tread in their search for answers.

While Temperance may not seem like a very fitting card for this sign, it encourages you to embrace life’s energy and find your purpose. When reversed, it can indicate a need for balance after a period of excess.

Capricorn: The Devil – Between December 22nd and January 19th

This is the last zodiac earth sign and is represented by a sea-goat, a mythological creature with the body of a goat and the tail of a fish. Capricorns tend to be highly skilled at navigating the emotional as well as material realms.

The Devil represents the shadow self – the unseen forces that may be at work within you. When upright, it can indicate that negative traits and habits are controlling you, while its reversed form may mean that you’re on the verge of letting go of that negativity.

Aquarius: The Star – Between January 20th and February 18th

Now, despite the word “Aqua” in its name, Aquarius is an air sign, a humanitarian sign. Aquarians are rebels at heart, and they despise authority plus anything that seems to represent conventionality.

The Star is a card driven by hope – it’s placed directly after The Tower and represents reprieve after destruction. When reversed, it can indicate a loss of faith in the Universe.

Pisces: The Moon – Between February 19th and March 20th

Pisces absorb all seasons and lessons that all other signs have learned. This makes them empathetic and compassionate, though they can be easily overwhelmed by their emotions.

The Moon represents illusions and projection – the illusions that are created by excess emotion are especially relevant to this Major Arcana. When reversed, it can represent the successful dissipation of these illusions.